Thomson One Banker SDC Platinum database provides comprehensive M&A transaction data from early 1980s, and is perhaps the most widely used M&A database in the world.

This post documents the steps of downloading M&A deals from the SDC Platinum database. Specifically, I show how to download the complete M&A data where:

The screenshot below is the interface we'll see on launch of SDC Platinum. Click on Login and we'll be asked to enter our initials and a project name for billing purpose. 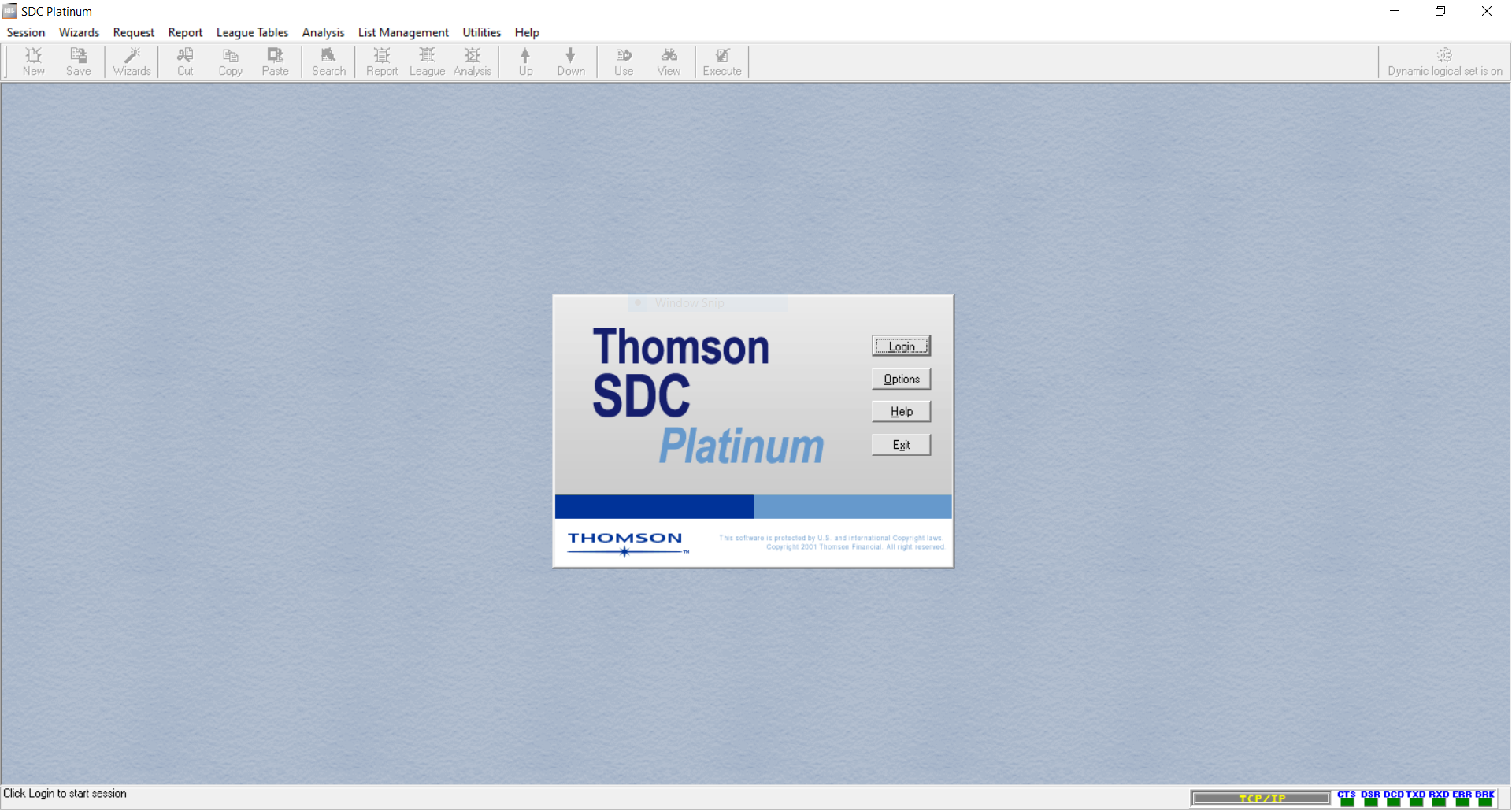 Click on Login and you'll be asked to enter your initials and a project name for billing purpose.

Since we're interested in M&A deals, select the Mergers & Acquisitions tab and check US Targets, so that we'll be searching in the domestic mergers database. 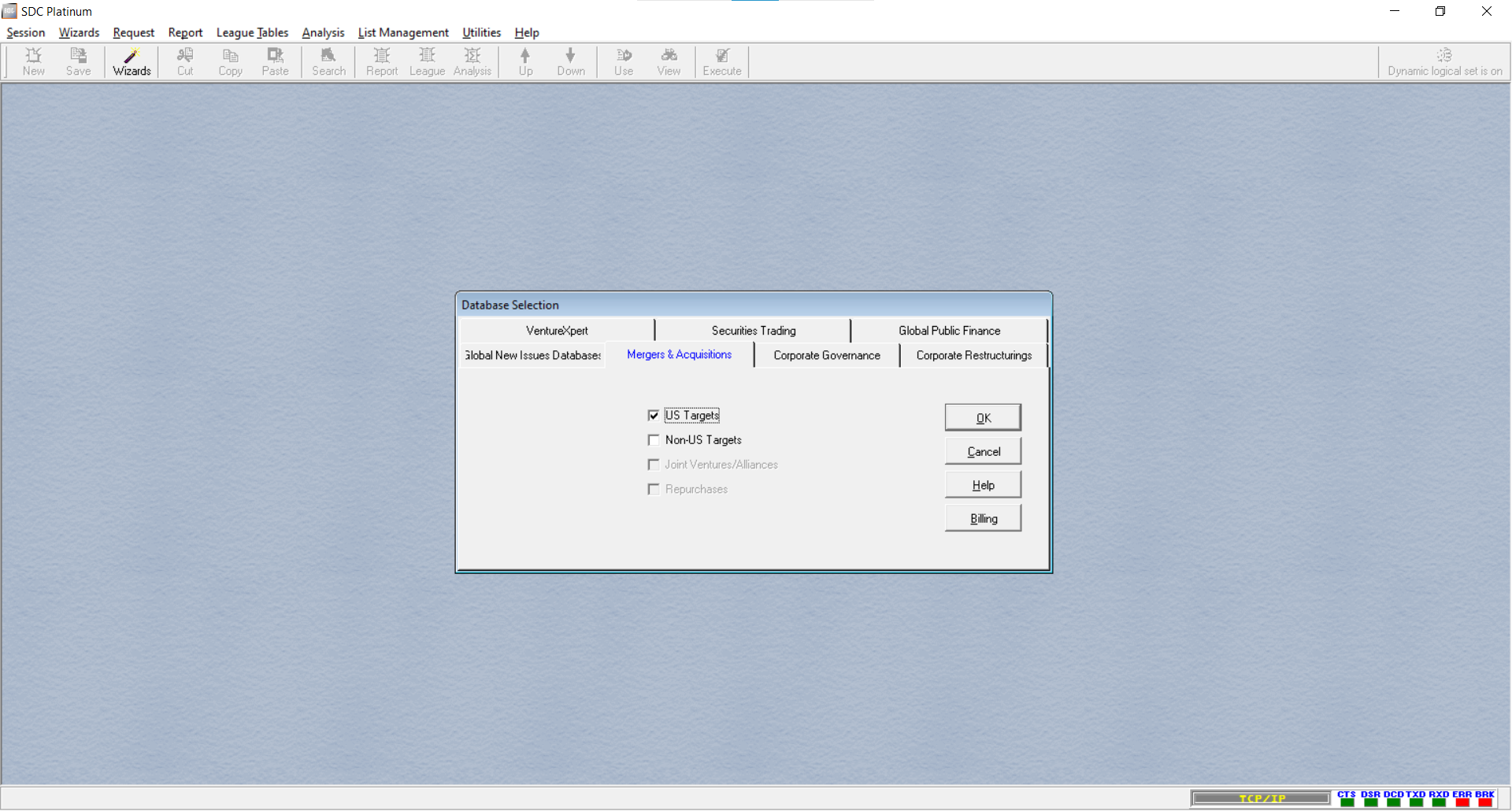 Then select the sample period, e.g. for the entire 2020 calendar year. 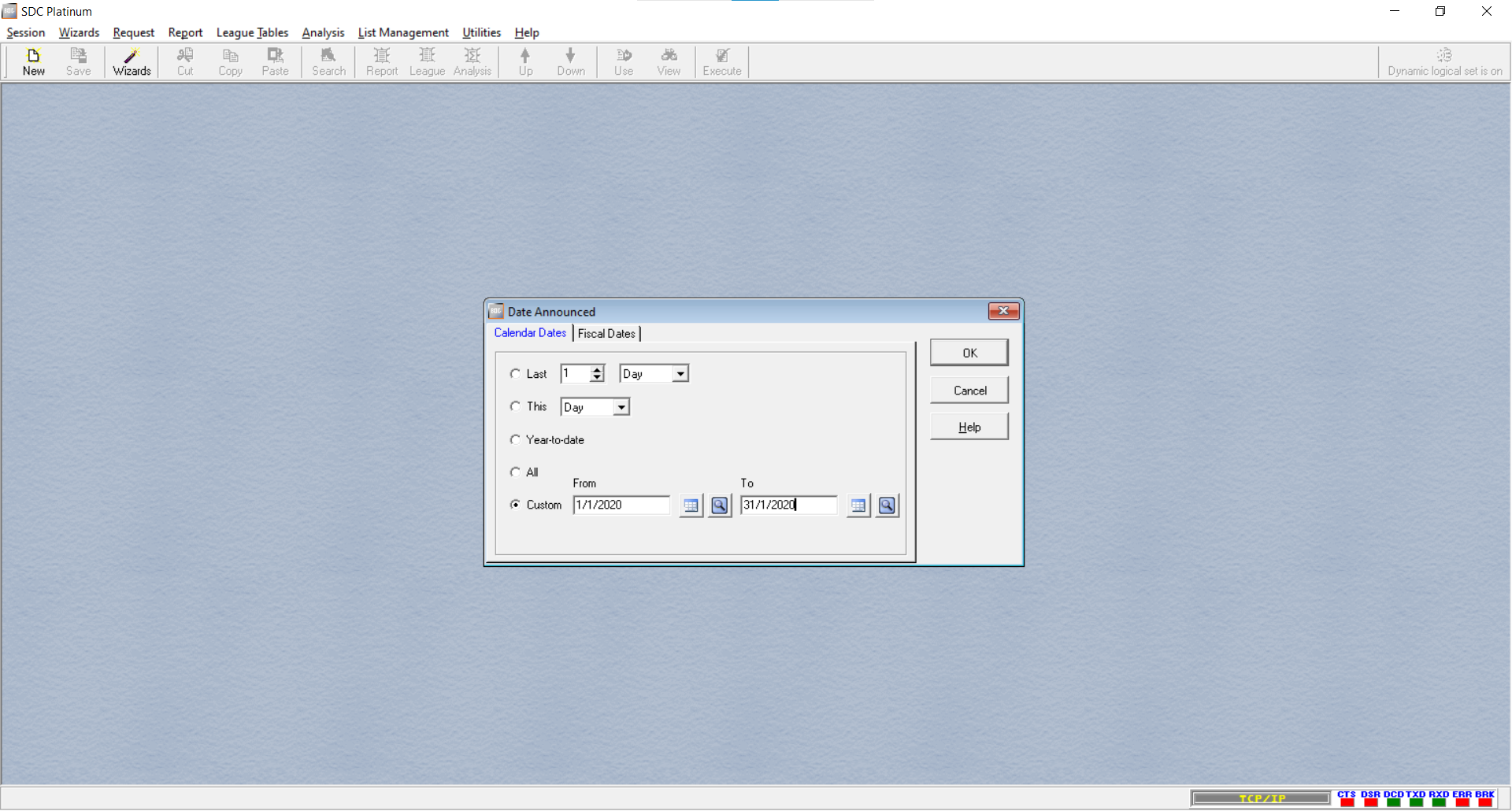 Now we can apply various filters on the M&A deals we want to download. 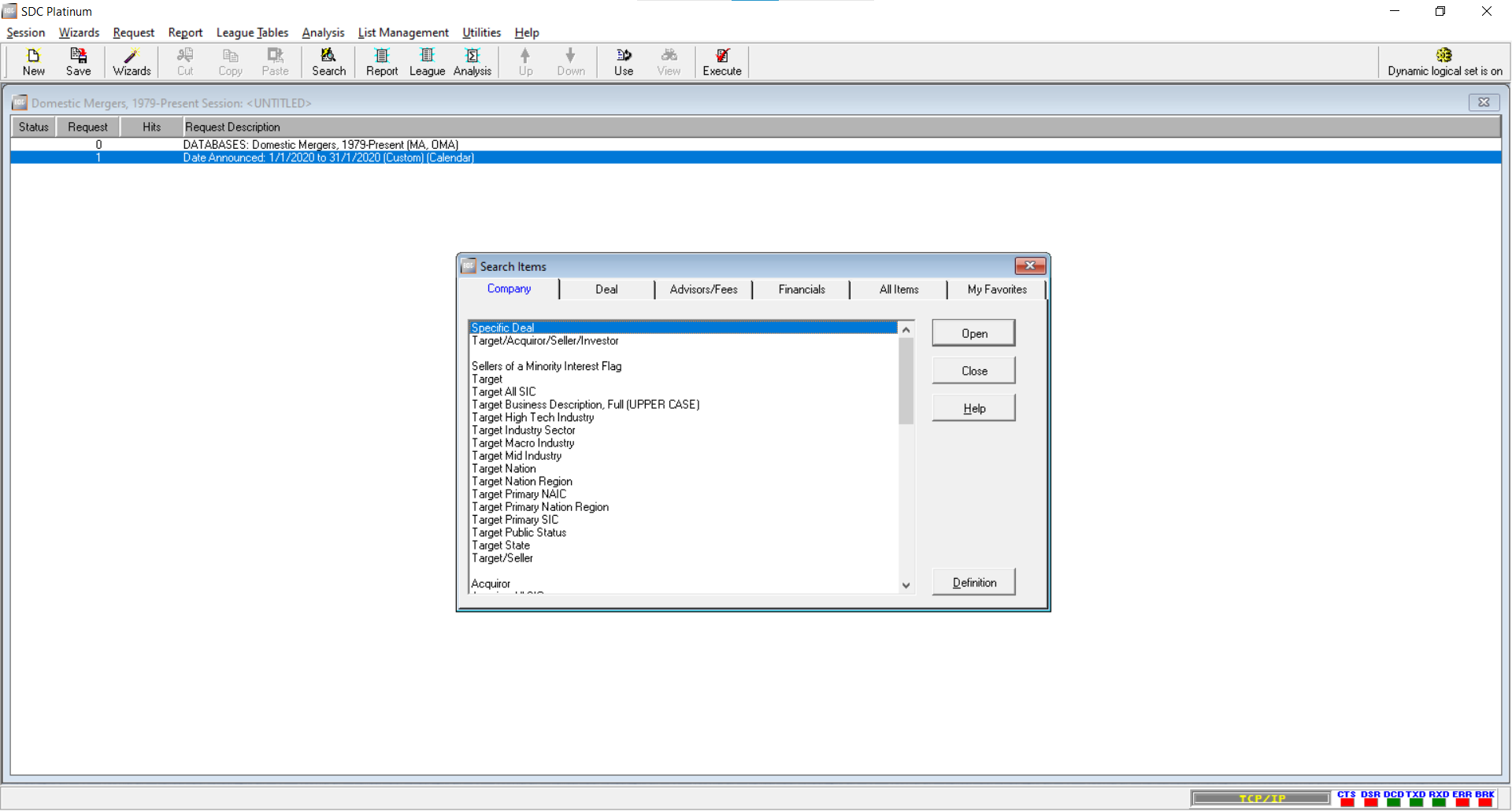 We can quickly add some filters on the target's and acquiror's nation, and make sure we check the Action to be Select not Exclude. Under the Deal tab, we set the deal value to be at least $1m. 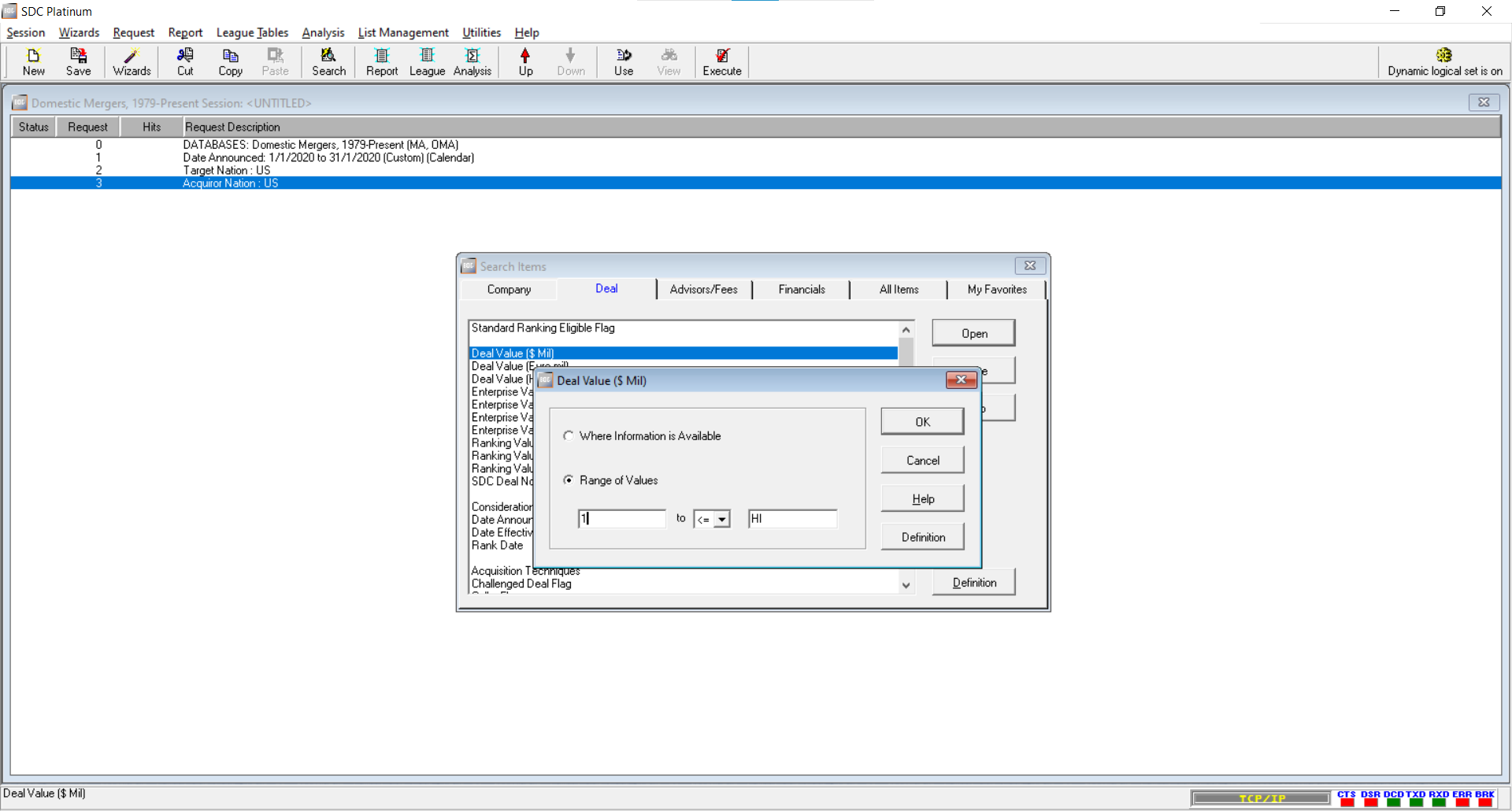 In case we couldn't find the desired filtering variable, we can head to All Items tab and search manually. We add restrictions on acquiror and target public status here. 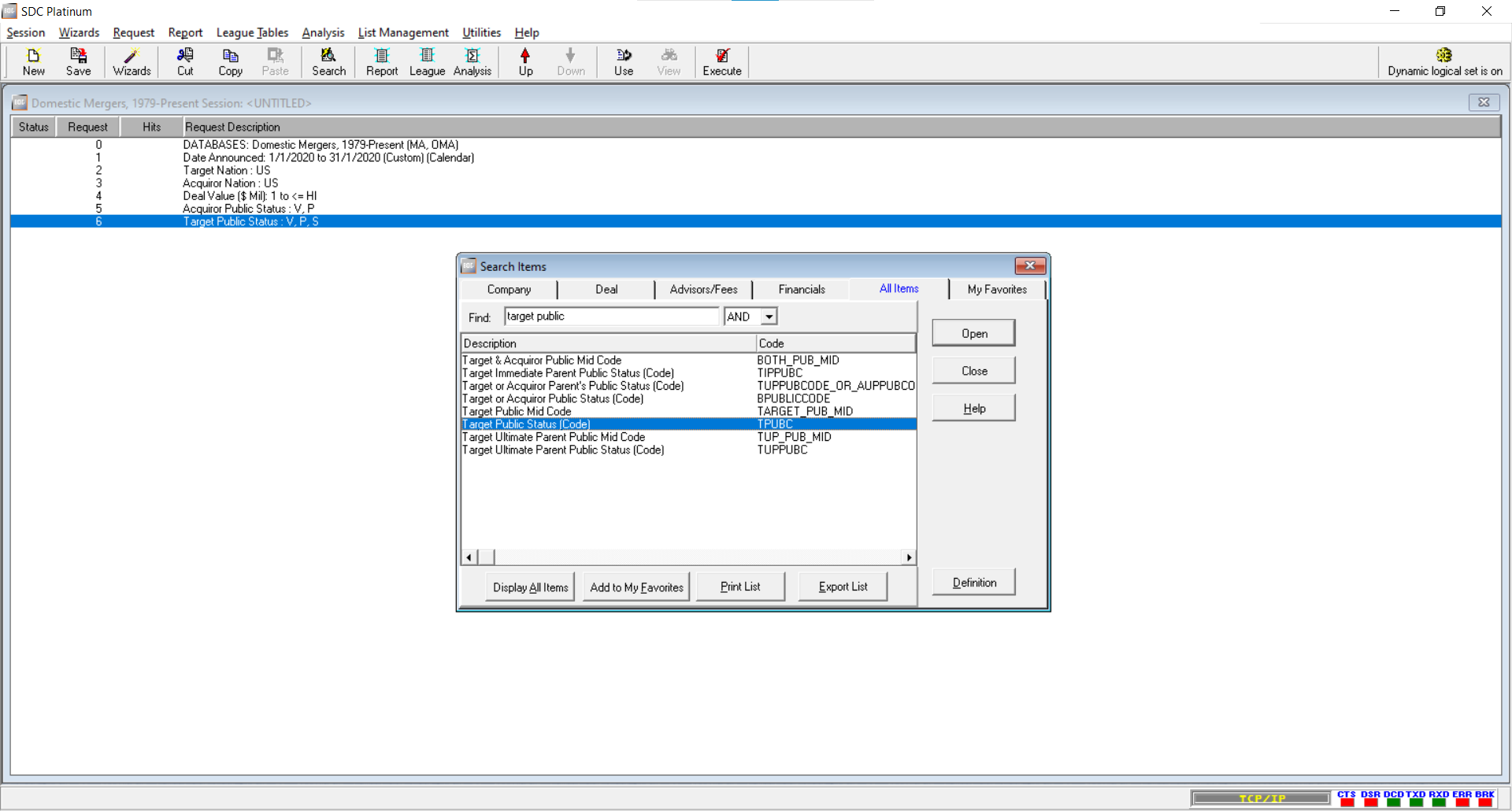 Lastly, for the Form of the Deal, we restrict to A Acquisition (Stock), M Merger (Stock or Assets) and AM Acquisition of Majority Interest (Stock). We do not want to include deals that are acquisition of partial interest, recapitalization or repurchases in this case.

Our search requests should now look like below. Strongly recommended saving this session for later reuse. 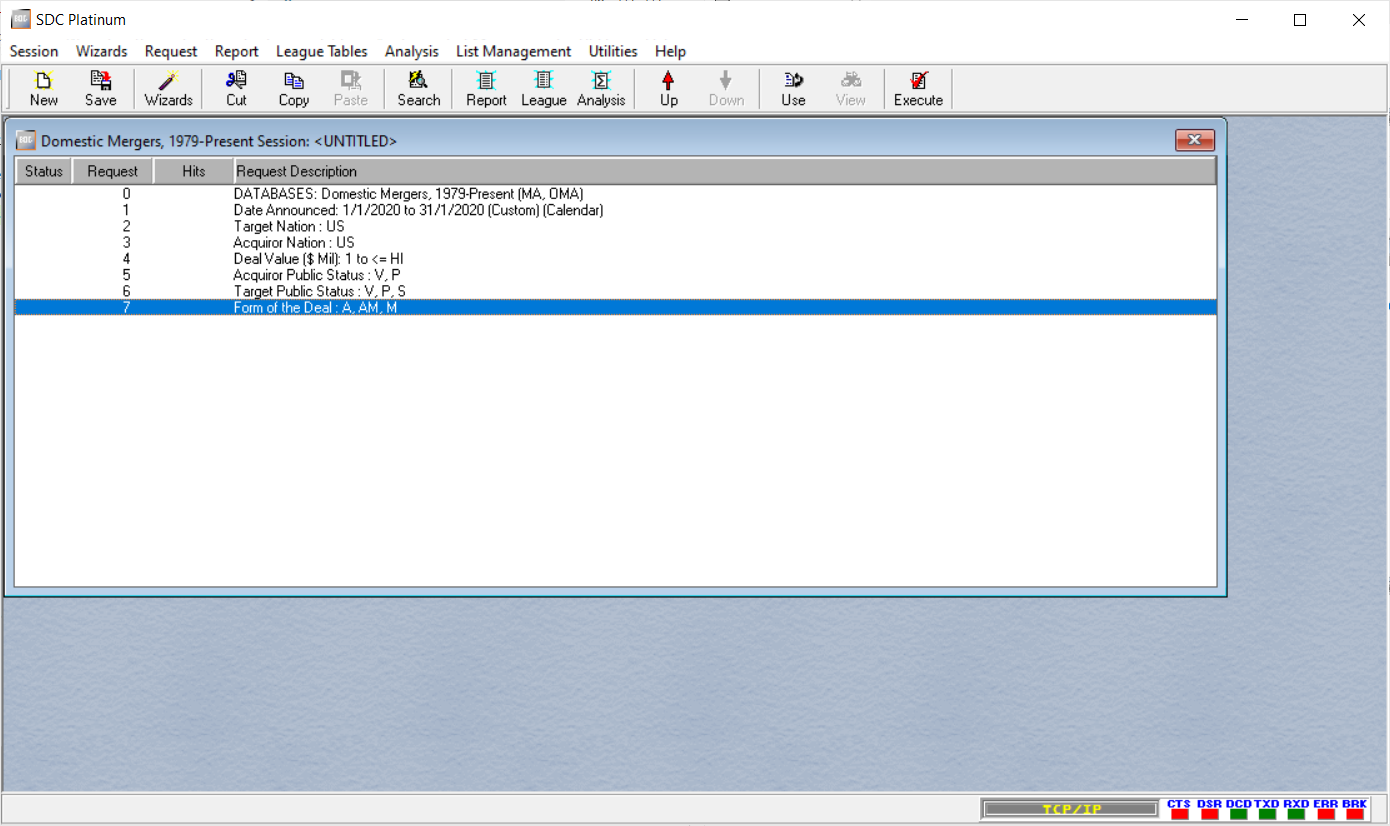 Our effort so far is only shortlisting the M&A deals that we're interested in. We now need to specify the relevant deal variables to download by creating a new custom report. 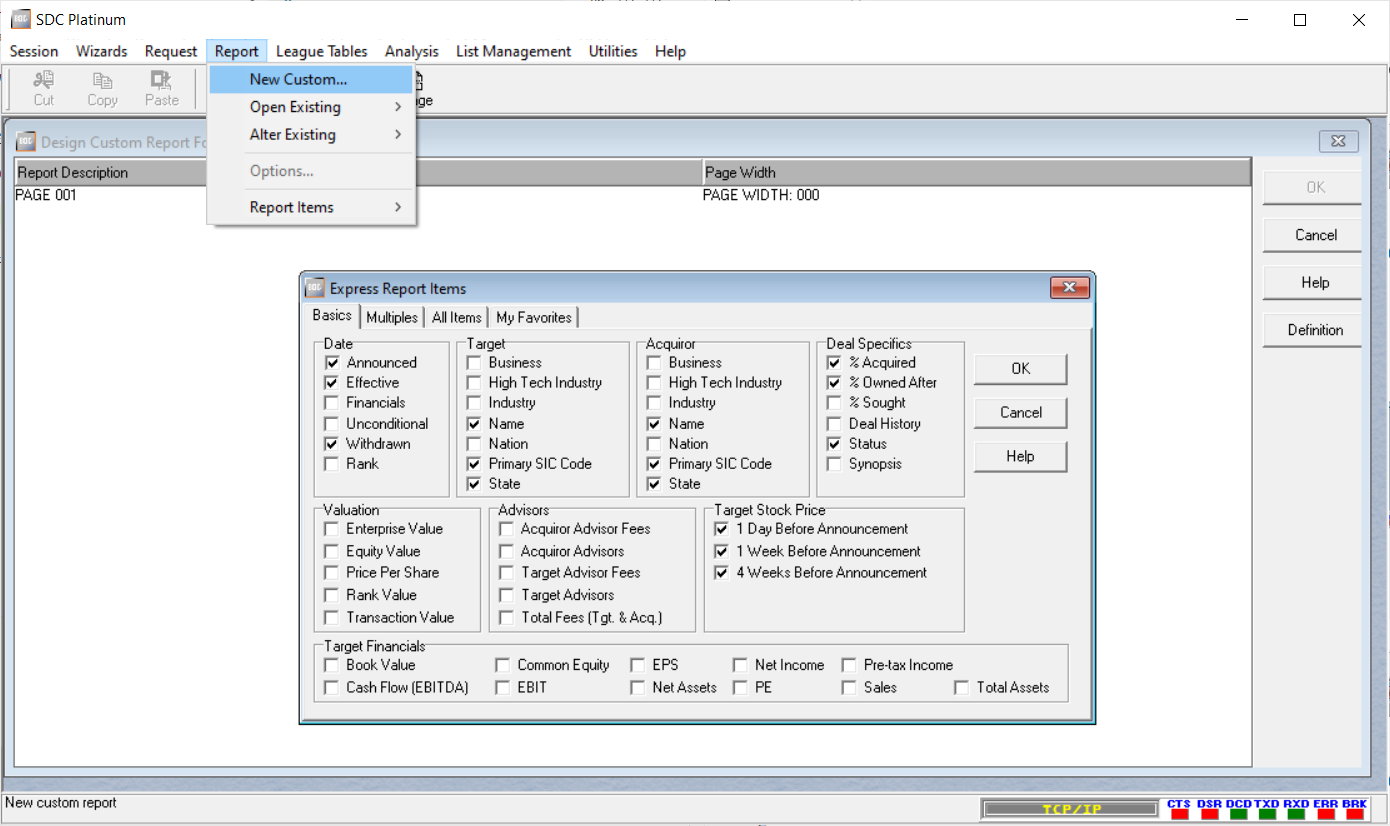 As before, we can check those variables in the Basics tab or search under All Items tab. Once done, we format the report like below by arranging the order of the variables. This order is preserved when exported to spreadsheet. One note here is that each page has a maximum width of 160, so we need to insert page at proper places. It does not affect the layout of output spreadsheet. It also recommended to save the custom report for later reuse. 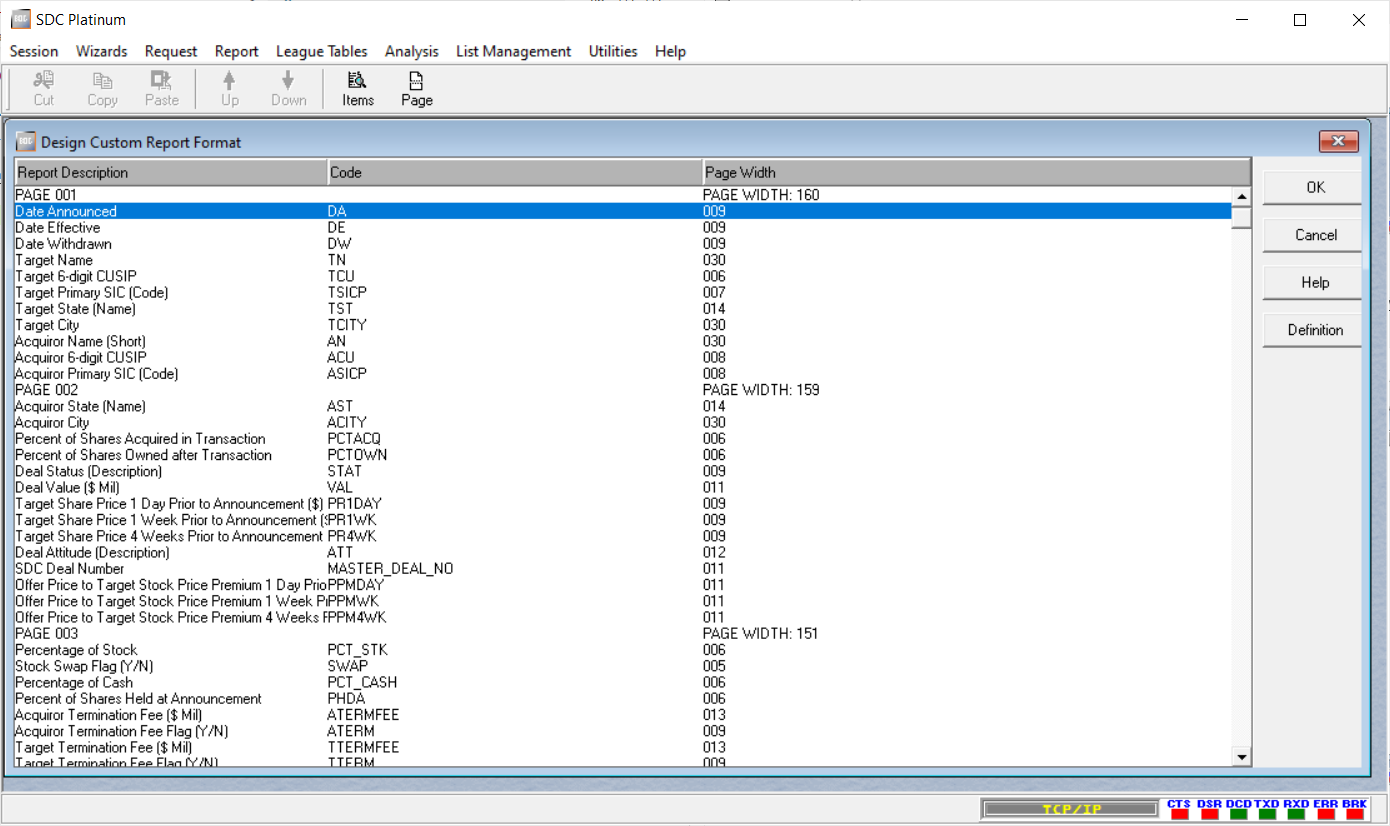 Finally, it's time to execute the requests and download the M&A deal data. 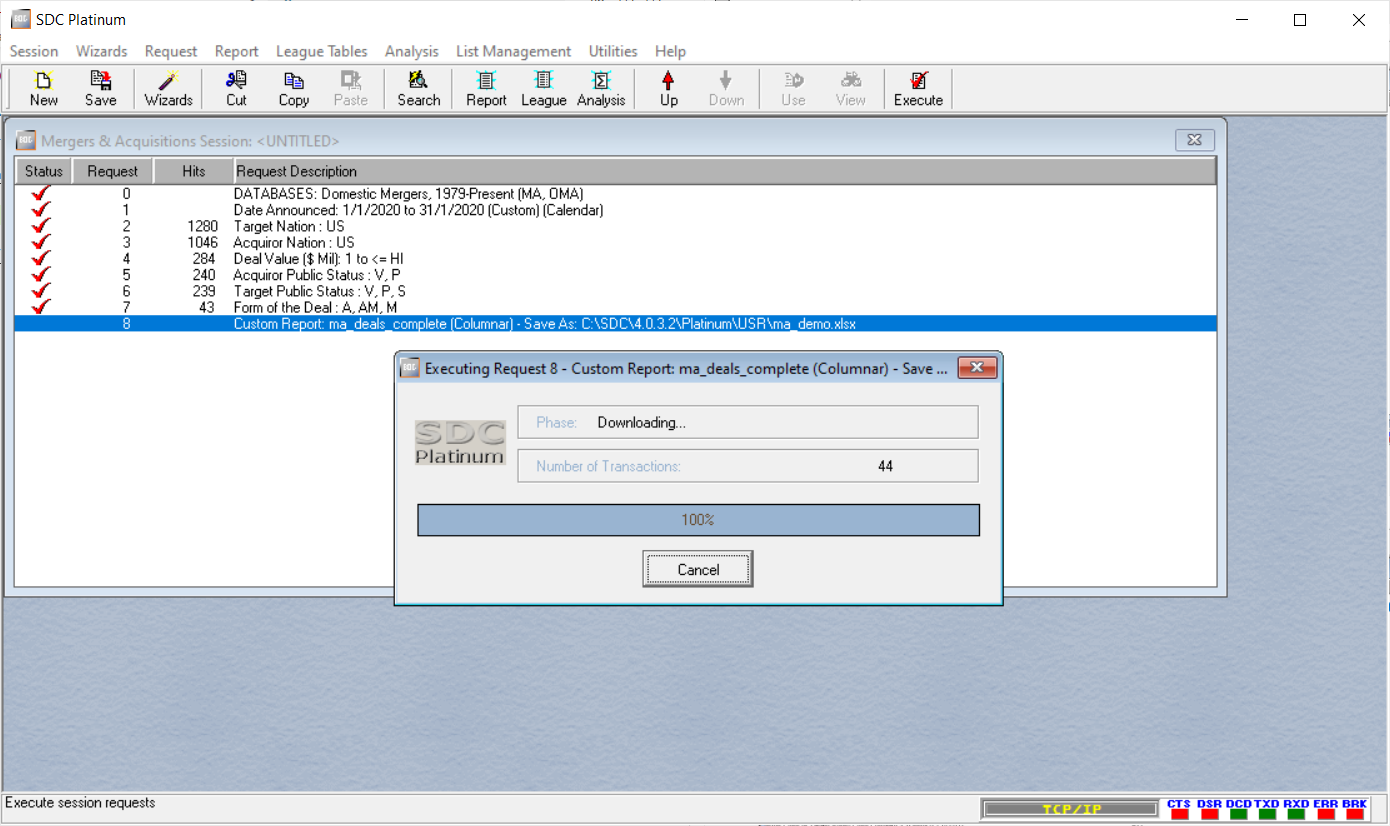 As a final remark, the downloaded spreadsheet can be imported into SAS and matched with CRSP/Compustat using CUSIP and Ticker (SDC doesn't have permno or gvkey). First, merge the SDC CUSIP with the first 6-digit CUSIP in CRSP or Compustat; if no match, then use SDC Primary Ticker Symbol to match with the ticker symbol in CRSP or Compustat.